As the COVID-19 global pandemic has reached every corner of the world, Myanmar, like many other countries, is making rigorous efforts within its limited capacity and resources, to contain the outbreak of the new virus, to protect lives and to mitigate the impacts on the socio-economic life of the people under the guidance of a National-level Central Committee headed by the State Counsellor. The Government has taken a whole-of-government approach to respond to the challenges, mobilising the strength of the people and educating the public about the virus and seeking the public participation which is pivotal to the success of the national efforts to fight COVID-19.

With a view to ensuring that no one is left uncared for, the government is launching an intensive public awareness campaign about the virus, and disseminating health guidelines and directives prepared by the Ministry of Health and Sports for all communities throughout the country, including Rakhine and Muslim villages and IDP camps. In the areas where internet data access had to be suspended, the Government, in cooperation with the mobile operators, has arranged to disseminate COVID-19 information via mobile SMS services and vocal announcements. In addition, the Ministry of Social Welfare, Relief and Resettlement has already put in place an Action Plan for the Control of possible COVID-19 outbreak at the IDP camps which will be implemented with the assistance of relevant United Nations Agencies and international organisations.

The intensity of armed clashes since early 2019 has presented considerable challenges to the delivering of humanitarian assistance to conflict-affected areas. In light of the threats of COVID-19 which could exacerbate the current humanitarian challenges in Rakhine State, the Government has scaled up its efforts to enhance the provision of humanitarian assistance in coordination with the United Nations and international organisations such as WFP and ICRC. The Government has granted access to ICRC to provide regular food assistance to Maungdaw, Buthidaung and Rathedaung Townships in Rakhine State. In addition, WFP was also granted access to deliver food to the people affected by armed conflict in Samee Town of Paletwa Township in Chin State during the first week of April 2020.

The Government is also looking at a possible streamlining of travel authorisation procedures for humanitarian organisations to enable them to respond effectively in times of COVID-19 outbreak in conflict-affected areas. Consultations are underway among concerned ministries to grant enhanced access to international humanitarian partners, including ICRC. Despite unavailability of internet data services in some parts of Rakhine State, the United Nations and international organisations are in a position to communicate with the local people by utilizing mobile and SMS services which remain operational in those areas.

The main reason for internet suspension in some parts of Rakhine State is to prevent the misuse of the internet by the Arakan Army (AA) for their political and military agenda. The AA exploited internet services and social media as a tool for planned attacks, detonating land mines, recruitment and incitement of hatred among different national races which could seriously disrupt the national harmony and the Government’s efforts to restore peace and stability in Rakhine State.

Since taking office, the Government has made strenuous efforts to advance its national reconciliation and peace process with numerous ethnic armed organisations to end conflicts that have been ongoing for several decades. Despite destructive acts committed by the AA, the Government held a series of discussions with the AA on 30 April 2019 at Nanhkan, on 31 August 2019 and 17 September 2019 at Kyaing Tone, and in Kunming, China on 14 December 2019 respectively. However, the AA only responded with violence.

The Three Brotherhood Alliance including the AA has recently announced an extension of a unilateral ceasefire from 1 to 30 April 2020 citing the spread of COVID-19. This serves nothing but for their own political interests. Even though the AA has made similar unilateral ceasefire announcements since early January 2020, their actions failed to match their statements. During the ceasefire period, they mounted massive attacks on security outposts and military columns and has blocked access to Meewa outpost, a major stronghold of the Tatmadaw (Armed Forces) since December 2019.

The AA continues to threaten and incite fear to local people in northern Rakhine State. It has attacked members of the Myanmar Police Force and security outposts disguised as civilians and using them as cover. They also arrested, killed and tortured village administrators, civil service staff and innocent civilians, in addition to armed attacks and use of landmines with the aim of breaking down the administrative mechanism of the Government.

These acts committed by the AA have caused serious losses of public security, lives and property, important infrastructures and state-owned properties and amount to terrorism. Therefore, the Central Committee for Counter-Terrorism declared the AA a terrorist group on 23 March 2020. The Ministry of Home Affairs has also declared the AA an unlawful organisation. Terrorism in all its forms and manifestations must be condemned. The international community, including domestic and international organizations, should therefore refrain from providing material or moral support to any terrorist group including the AA. Ending this armed conflict will bring an end to the ongoing humanitarian situation of the local population in Rakhine State. 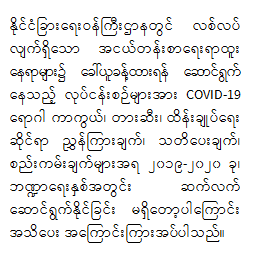 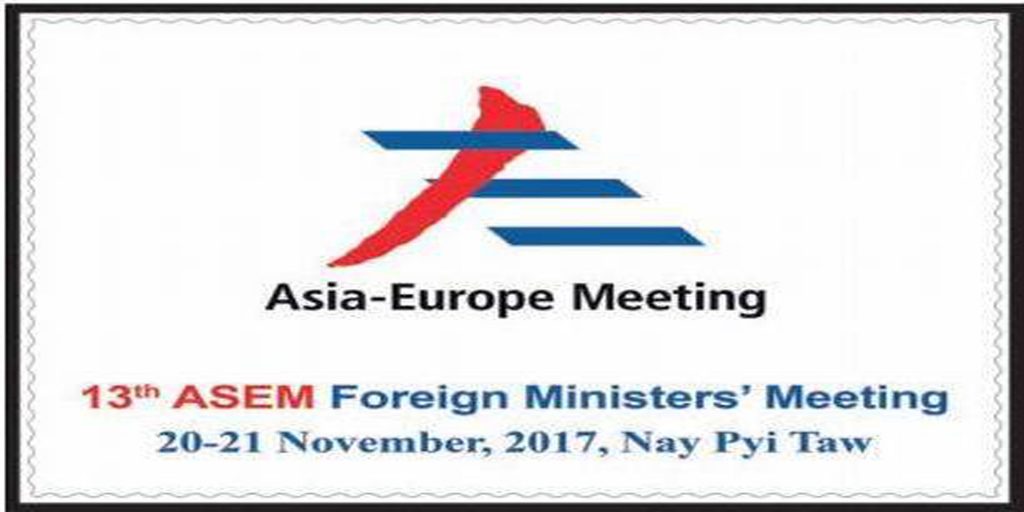